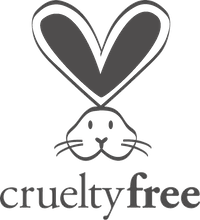 Indigo may be the oldest known plant dye, having been used since ancient times. There is plenty of lore surrounding this dye. Known as the “king of dyes”, the indigo plant can be traced back to ancient times. It was found in India, East Asia, Egypt and Central America. The Egyptians used indigo to dye textiles. The Mayans used it to produce the ritual pigment Maya blue. Dutch seafarers brought it back to Europe from India towards the end of the Hanseatic period. The indigofera tinctoria plant, also known as true indigo, is a perennial plant in the faboideae subfamily. Its pink raceme and pinnate leaves are typical. The ground leaves of the indigo plant are used in plant-based hair dyes. The powder is particularly suited to darkening hair, especially dyeing it black. In combination with other natural colour pigments, a range of nuances can be achieved on brown hair. Indigo also cares for the hair, leaving it shiny.